Gretchen has been walking pups with us for nearly a year now. She is best friend to many a pup in Oak Park!

My superpower would be: Super speed!

Life Philosophy: Enjoy your life…don’t waste it wishing you had someone else’s!

Grace is having SO much fun taking care of your furry family members! Get to know her a little bit!

My Favorite Animal (other than dogs & cats): Snakes

My Favorite Game: Training my doggies. I try to make sure it’s always a huge game that is fun for both them and me.

Best Gift Ever: Fender, my Dobe…he was my Christmas present this year!

My Superpower Would Be: Teleporting, especially considering this past winter.

Life Philosophy: Enjoy what you do, and do what you enjoy.

Ciara begins her weekdays with college courses, and she ends them walking your pups and visiting your kitties. What a great way to gear up for a late-night study session!

My favorite animal (other than cats & dogs): Horse

My favorite game: Apples to Apples

Best gift ever: Anything sweet, I have a huge sweet tooth!

My superpower would be: I would love to fly or teleport so I could travel anywhere in the world.

Life philosophy: Travel and experience as much of the world as possible! 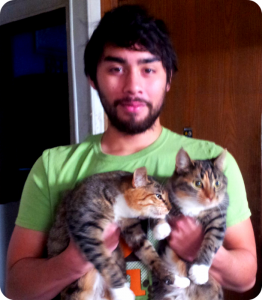 David has been walking dogs around the central area of Oak Park for nearly nine months now!

Best gift ever: Any gift given from the heart.

My superpower would be: Invisibility!

We are lucky to take care of some amazing dogs and cats, and we are super excited to introduce you the the amazing, talented, and ADORABLE Buster!

I’m in charge of: Guarding my half of the couch.

My favorite game: Not coming in from the backyard when called.

Favorite thing to do on a sunny day: Hang with my best friends, Daisy and Herbert (OUG! gets to walk them, too!).

Favorite thing to do on a rainy day: Go to school and read with kids! I’m a SitStayRead doggie!

Best gift ever: A home and someone who puts up with me eating poop!

Life philosophy: Keep it simple: snacks, naps, and walks in the woods.

If I could say one thing to the whole world: Take a chance on stressed out doggies and kitties at shelters!

Halloween is a pretty great holiday to share with your pet. Not only does every pup’s favorite word occur within its most popular exclamation, “trick or treat,” it is a day (…or week…or entire month) where a furry body running around in a little hot dog suit or carrying out an entire neighborhood watch shift, a.k.a. walk, wearing a skeleton outfit is not considered absurd.

Meet a few of our Chicago and Oak Park pet pals who are donning their best dog Halloween costumes in the spirit of the spooky!

This is Otis, Pack Leader Nicolette’s pup! Here Otis is dressed as his favorite Futurama character, Nibbler. Otis and Nibbler share not only a striking resemblance, but also personality traits as well. They both like to eat a lot of food (and will chow down on just about anything), they like to sleep, and their favorite thing to do (other than eating, of course) is to cuddle with Mom. While Otis was not as accustomed to wearing a diaper like Nibbler is, he was a good sport and showed only a mild disdain for the costume. 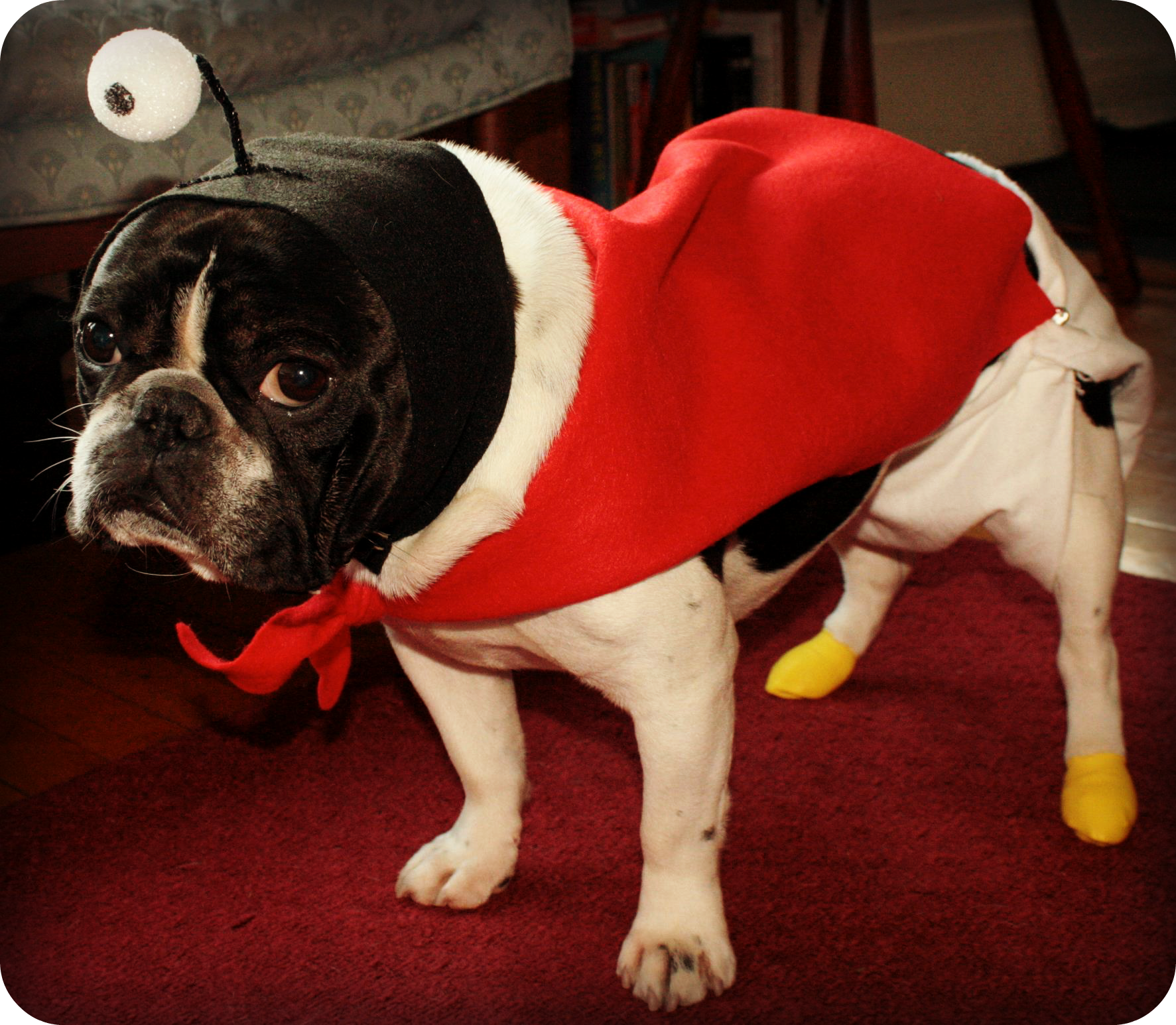 Here, Otis proves that being a superhero is exhausting. After a morning filled with getting chin scratches for looking too cute in his bat wings, he takes a snooze under the coffee table at OUG! Central. Surely, he is dreaming about flying around outside to scare all of the squirrels out of his trees! Bat doggie to the rescue! 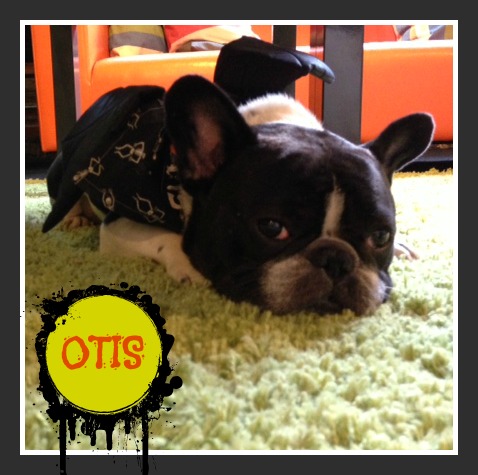 Vern is General Manager Sara’s two year old Terrier mix that LOVES food and has a history of thievery here at the OUG! office. So when Executive Canine Strategist Laura saw this Hot Dog costume she just knew she had to bring it in for Vern! The first time Sara put it on him at home he strutted around like the little Hot Dog he is. She took it off and put it on the end table. Next thing she knew, Vern was chewing on it! VERN! It’s not a REAL Hot Dog you silly pooch!!!! 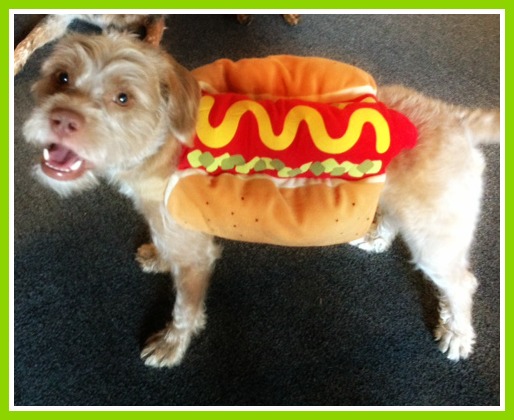 What are your four-legged kiddos dressing up as for Halloween?

Nora’s experience in caring for horses has been helpful in taking care of your (much smaller!) furry families.

My Favorite Animal (other than cats & dogs): Horses!

My Superpower Would Be: Time travel.

Here at Out-U-Go!, of course we think every dog and cat deserves a loving home. And we love a happy ending.

Zsa Zsa, a Cavalier King Charles pup, has one of those stories. Her mother, Izzy, was rescued from a Puppy Mill. When the organization rescued her, they discovered she was pregnant.

Zsa Zsa is one of her puppies. She will never have to endure a Puppy Mill. In fact, she will be showered with her Pet Parents’ and OUG! love furrrever!!

An author recently became interested in the story about Izzy and her puppies, including Zsa Zsa, and is putting together a coffee table book telling their amazing “tail”!

Sarah sends her love to all the OUG! pups & kitties. She misses visiting your furry families but loves being a mom!

Photo: Marley’s onesie has a kitty on it, to say “hi” to all her OUG! puppy & kitty pals!