Sometimes we become products of our environments, picking up behaviors here and habits there, but we’ve never seen anything quite like Tally the Husky mix. This dog, who is definitely a dog, believes she is a cat! It is almost as though Tally has forgotten how to dog entirely, having been raised with only feline siblings. 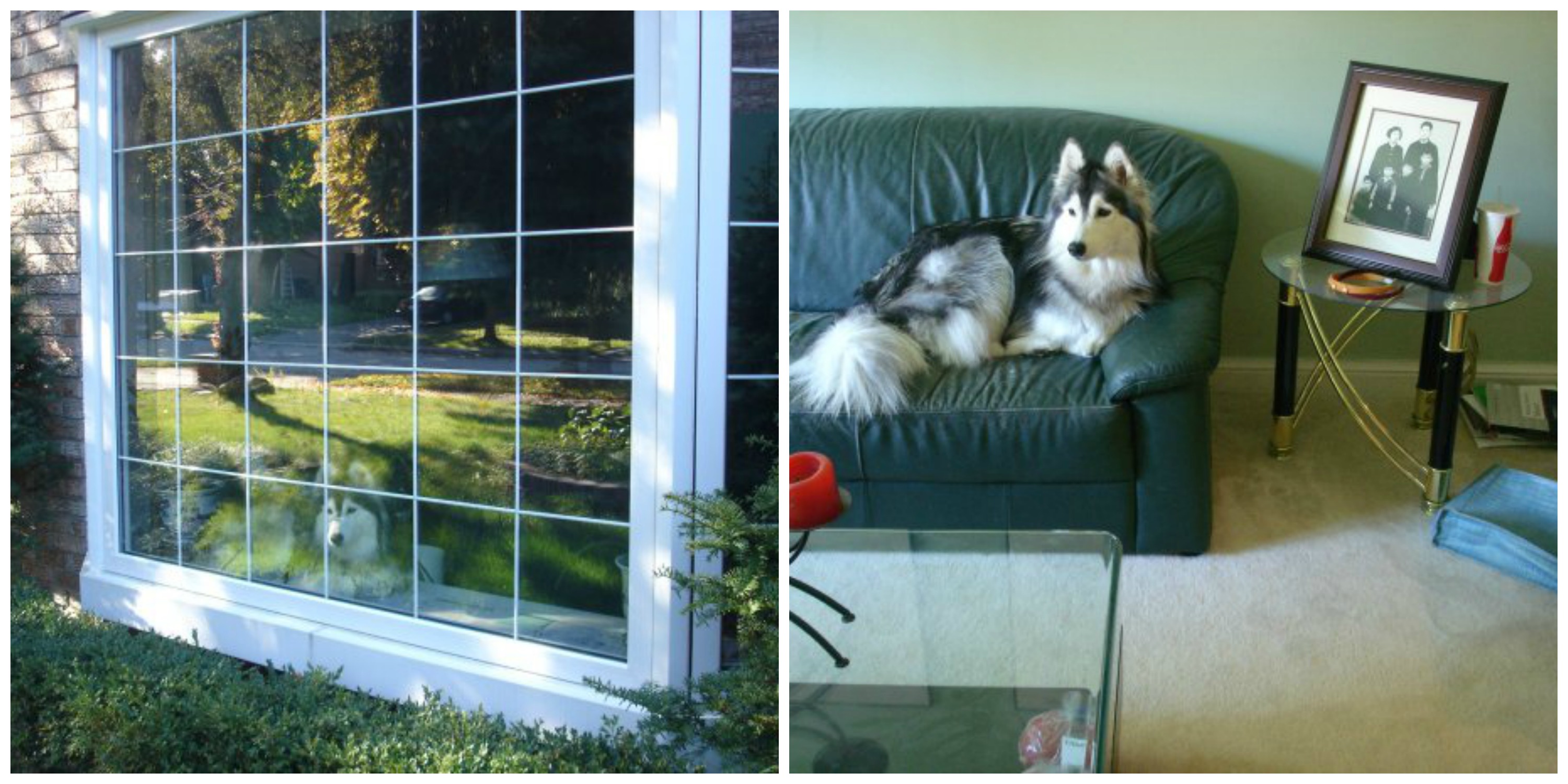 In this hilarious collection of implicating photos circulating the World Wide Web this week, Tally seems to think hanging out in boxes, curling up in the windowsill, and watching TV when she thinks she’s alone is totally passing off as dog material. Her humans aren’t buying it, noting that she can’t even fake enjoying a belly rub. “She’ll stare at you and sigh a lot until you stop.” 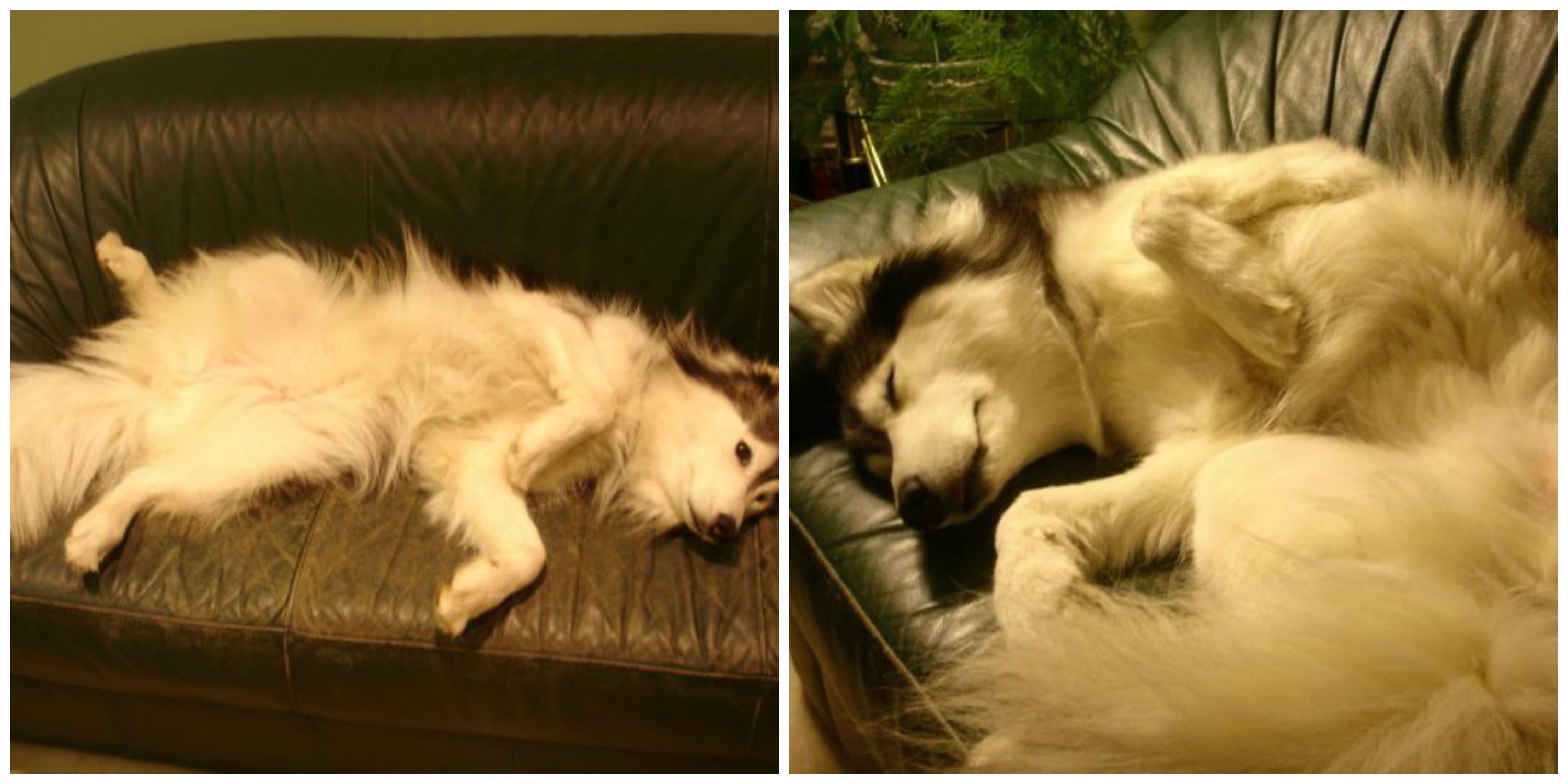 Here is my entire belly, but don’t even think about it.

Coconut is a fun cat and we suspect a Zen master. She has a great life and great parents!

Coconut can also do cat magic—she walks with a light step but can sound like a herd of buffalo thundering down the stairs when she hears us get her Christmas stocking out of the pantry!

Little Coconut is a joyful being: she enjoys life no matter what she is doing, and by the transitive properties of cats made our holidays brighter. She reminded us that life is too short not to enjoy what you are doing!

We have our own internet sensation right here at Out-U-Go! Meet Vera, the cat who loves to play on the iPad. Her favorite game? Catzilla!

Her Pet Parents left the iPad for Vera to play with while they were out of town. Her Pet Sitter sure had fun watching Vera play! Her brother, Thomas, wanted nothing to do with technology and preferred belly rubs instead.

He is an outstanding specimen of Felis Catus AKA the domestic cat: a small, usually furry, domesticated (using the term loosely), and carnivorous mammal.

These scientific descriptions pale in comparison to the actual Cooper kitty, who enjoys sinking his fangs into his Mom’s bare feet while she brushes her teeth, hanging out in his dog brother’s car crate while looking like a whack job (see photo evidence), and having a pretty spectacular paper napkin fetish.

Along with these erudite pursuits, Tallahassee cat Cooper enjoys mumbling to himself while randomly flinging his body into walls. Is this behavior really that weird, or is he exhibiting specialized behaviors that his Neolithic ancestors used to get humans to fall under their spell and love them to distraction? Something to think about……

Ms. Sierra keeps us entertained at each visit, but more importantly, this silly Naperville cat keeps herself entertained. A cat who surfs the web? Absolutely!

What a fun girl she is, and boy oh boy she can play fetch as good as any canine around!

Thanks for being such a great kitty, Sierra!

Out-U-Go! staff meetings typically involve bagels, coffee, orders of business and staff members sharing  some of their experiences working at Out-U-Go!  It usually becomes clear that some of our Pet Parents’ homes produce more stories than others and at a recent meeting, one particular household of dogs proved to have A LOT of stories (mostly about poop).  Of those stories, one sticks out in particular…

To protect their anonymity, let’s refer to the dogs as Penny and Gretta G.  Now, Penny and Gretta share a special flare for life as well as anything and everything edible and not edible.  As such, it’s not uncommon for them to crap on the floor… but hey, even the best of us have the occasional accident.

Like most dogs, these two shed a lot so their owner purchased a Roomba to keep the hardwood floors clean while he’s at work.  If you don’t know, a Roomba is a Frisbee sized robot vacuum designed to roam the house cleaning the floor while you’re at work.  Between a mid day visit for the dogs from Out-U-Go! and a hard working Roomba, this Pet Parent had a lot to look forward to every time he opened his door after a hard day at work.

One day, like all days, Penny and Gretta’s owner kissed his two beautiful dogs goodbye, released the Roomba to do its thing and drove off to work.  A few hours later our walker arrived to find a house full of diarrhea and a hard working Roomba.

As it turns out, the standard Roomba is not equipped to clean a house full of diarhea, but not due to any lack of effort.  By following the parallel diarrhea tracks around the living room and noting the skid marks of partially-dry diarrhea with wheel tracks through them, our walker could clearly see the Roomba’s morning long effort to vacuum up diarrhea.  Because the Roomba has a sensor that determines whether an area is clean or whether it needs more vacuuming, it diligently attempted to clean several areas with back and forth motions until the sensor read clean.  Had the Roomba been mounted on a WWI tank it might have had a chance, but alas, the standard model uses plastic wheels and the sensor never read clean so back and forth it went.  Despite giving it the old college try, our walker wasn’t able to get the floor completely clean, just like the Roomba.

Upon hearing of this incident, our office staff picked up the phone and called this Pet Parent at work to inform him of what happened.  He responded with mostly curse words.  Penny and Gretta bounced back fairly quickly and were ready for their mid-day walk the very next day.  The Roomba, however, was never the same. 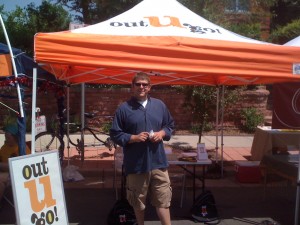 Out-U-Go! at the Highlands Street Fair

Out-U-Go! Boulder is thrilled to help our friends down the road at Out-U-Go! Denver host a booth at this year’s Highlands Street Fair!  Held annually in the heart of NW Denver, the Highlands Street Fair has booths from hundreds of local businesses as well as 3 stages for music, food, drinks, dogs and fun.  Stop by our tent to say hello, enter our raffle and let us pass out tasty treats to your pup(s).

We are looking forward to our second year in a row at this awesome event!

The Highlands Street Fair is taking place all day long on Saturday, June 18th.  The street fair will be up and down 32nd Street in the Highlands in NW Denver.  You can find out more about the entire event here http://www.highlands-square.com/StreetFair/index.htm. 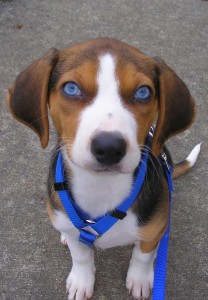