Adding fur-pals to households during COVID has been compared to the Cabbage Patch Kid craze of 1985 or the Tickle Me Elmo mania in 1996. So many puppies.

If you, or someone you know, has been lucky enough to welcome a pandemic pup into your home, we’d love to help get them outside and socialized. 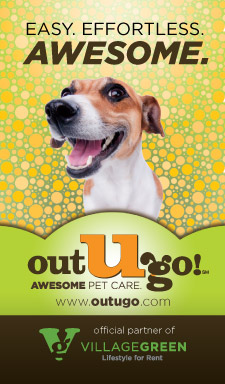 The OUG! Gang is very excited to announce becoming the official pet care provider of Village Green properties! Village Green is a wag-worthy and award-winning property management service with 40,000 units across the US. Furry residents can now enjoy customized packages for dog walking, dog and cat sitting, and puppy and critter care!

In addition to providing awesome pet care, we will be co-hosting pup and kitty events for our four-legged friends at Village Green properties! Keep an ear to the ground for upcoming dates to hang out with us. We can’t wait to shake paws!

Here at Out-U-Go!, of course we think every dog and cat deserves a loving home. And we love a happy ending.

Zsa Zsa, a Cavalier King Charles pup, has one of those stories. Her mother, Izzy, was rescued from a Puppy Mill. When the organization rescued her, they discovered she was pregnant.

Zsa Zsa is one of her puppies. She will never have to endure a Puppy Mill. In fact, she will be showered with her Pet Parents’ and OUG! love furrrever!!

An author recently became interested in the story about Izzy and her puppies, including Zsa Zsa, and is putting together a coffee table book telling their amazing “tail”! 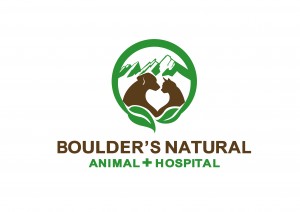 If you take some time to think about the trends and changes in the food products you find at your grocery store, you’ll notice that things are very different than they were even 5 years ago.

With more consumers adopting health-conscious and environmentally-conscious eating habits, natural and organic options have sprung up everywhere! Similarly, many companies have introduced ‘healthier’ options such as natural and fortified foods for your pet. With so many options to choose from, it can be hard to know what foods are right for your pet and what’s just plain hype. Have no fear: in this post, your friends at Boulder’s Natural Animal Hospital would like to help shed some light on the tricky subject of pet nutrition. We’ll discuss some things to look for as well as those to avoid and why, so you can be a savvy shopper and the best possible pet parent. Bon appetit!

Things to Look for

We hope that you’ve found these tips to be helpful and informative. Some pet parents may decide that trying to navigate the complex world of pet food brands is too risky and preparing a home-cooked diet is the way to go. If you would like to explore the home-feeding option, schedule an appointment with one of the skilled veterinarians at Boulder’s Natural Animal Hospital – just call 303-494-7877. 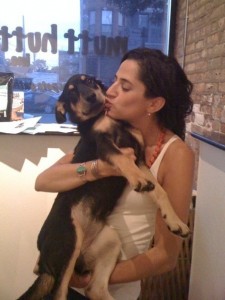 Miss Olive as a puppy!

It was my 28th birthday and I had a case of the blues.  For some reason, 28 sounded much older and much scarier than 27 (perhaps because  28 was much closer to the dreaded 30!) So,  I took the day off work and my mom came down to the city to meet me for lunch and take me on a mini ” birthday spree”.  I knew my blues would lift quickly with a little shopping and mom time.

There are two routes to Michigan Ave from my house.  I thought we should take the Grand Ave route but my mom insisted taking Randolph was much quicker.  It was a simple debate and in the end I won because it was my birthday. 🙂   And this begins the tail of when Carly met Olive…

We walked, we talked and we laughed down Grand Ave enjoying the amazing sunshine beating down on our face.  In the distance, I spotted a cute lil’ pup walking towards us.  This pup had something so sweet about her and I, of course, stopped the owner as she came closer to me (I have a problem where I feel the need stop every dog to say hello).  “What kind of dog is she?” I asked as I gave her kisses.  The woman replied that she was unsure what kind of dog she was as she was fostering  her for a week.  “She needs a loving home and she loves to watch tv,” said the woman chuckling. At this point, I began to feel a sensation inside of me that this might be fate.  Could this sweet lil’ pup (named Stacey at the time) be my new little angel?  It felt so right and it seemed like a twist of fate that I happened to take the day off of work, fought to take that specific route and met her on my birthday.  But, I knew I had to think this through and sleep on it.

So, I took the ladies name, said goodbye to Stacey and went on my way.  For the next couple of days, I could not get this lil’ pup off my mind.  This had to be fate.   So, I made a call, filled out some paperwork, had an interview, and within days I was on my way to pick up my new pup, who I named Olive.

I have now had Ms. Olive Stein for over 2 years and to say she has been an easy pup would simply not be true.  Olive’s history  was that she had been picked up in Texas as a stray and sent to a shelter when she was only a baby.  From that point, a rescue group in Texas saved her,  put her in a animal sanctuary and then Arf House (a shelter in Chicago) shuttled Olive and her sisters & brothers 17 hours back to Chicago to be adopted.  (Arf House is a wonderful organization and are such nice people to work with, btw!)

Even though Olive has been a lot of hard work and a much bigger challenge than I had anticipated, I love my little girl to pieces.  She is as sweet as they come and truly brings so much joy to my life.  Olive loves coming to work with my every day at Out-U-Go! and her favorite part of the day is when the walkers check in and out because she loves to greet each and every one of them with kisses.  Olive and I are so lucky that our paths truly crossed and I do believe it was twist of fate.  And, as I am about to turn 30, it doesn’t feel so scary anymore. 🙂 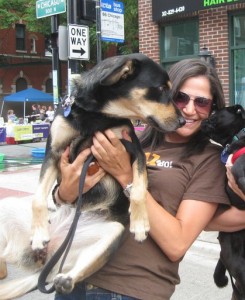